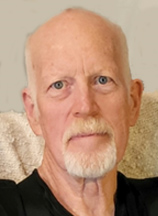 Please share a memory of Richard to include in a keepsake book for family and friends.
View Tribute Book
Richard James Driskill of Townsend, Delaware went home to be with the Lord on January 12, 2023, after a hard-fought battle with pancreatic cancer. He was the cherished son of Richard Gerald Driskill and Jane Carolyn Cooksey, the beloved husband of wife Rebecca, and the adored father to his daughter Mariam and son Adam. He graduated from Pennsville High School and went onto obtain an undergraduate and graduate degree from the University of Delaware. Richard was a decorated Eagle Scout, and the recipient of numerous awards including the God and Country award, The John Philip Souza award and two Outstanding Teaching awards from Delaware State University, where he was both faculty and adjunct professor for over 49 years. He lived his life with the highest honor and integrity, as anyone who had the privilege of knowing him would attest. We know he is in Heaven right now rejoicing with his Savior, surrounded by the love of all who have gone before him. Visitation will be at St. George's Episcopal Church on Saturday, January 28, 2023 from 9:00 am until 11:00 am, followed by a memorial service and internment at St. George's. www.laughreyfuneralhome.com
To send flowers to the family or plant a tree in memory of Richard Driskill, please visit Tribute Store
Saturday
28
January