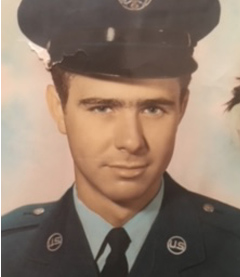 Please share a memory of Carleton to include in a keepsake book for family and friends.
View Tribute Book
Carleton Leroy Reed, age 74, passed away on March 2, 2021 after a courageous battle with cancer. He was born on July 25th, 1946 to James R. Reed Sr. and Mary Leuna (Carver) Reed. He grew up in Pennsville near the river in Penn Beach. After graduating from Pennsville Memorial High School in 1965, he joined the United States Air Force and bravely served our country during the Vietnam War. He also served honorably in the United States Navy. Carl attended Clark College and the University of Southern Mississippi, graduating in 1978. He worked at The Island for several years before taking a job with the United States Postal Service. He retired from the USPS after 26 years. Carl loved the horse races and liked spending time at Delaware Park Racetrack where he 'had a system' that usually worked in his favor. He was a fun loving guy and made friends easily. He was known for making people laugh with his sense of humor and his off the wall jokes. Carl is survived by his brother, James R. Reed Jr. (Florence) of Pennsville, his niece Ronda Harris (John) of Salem and his niece Jean Morris (Bill) of Nazareth, PA. He was predeceased by his nephew, James R. Reed III. He will be greatly missed by his family and many, many friends. Services will be held at Laughrey Funeral Home on Monday, March 8, 2021. There will be a viewing from 10:00 a.m. to 11:00 a.m. followed by a service starting at 11:00 a.m. He will be buried with full military honors at the Salem County Veterans Cemetery. In lieu of flowers, please consider making a donation to the U.S Department of Veterans Affairs at www.volunteer.va.gov or to the Veterans hospital or organization of your choice. www.laughreyfuneralhome.com
To send flowers to the family or plant a tree in memory of Carleton Reed, please visit Tribute Store
Monday
8
March

Share Your Memory of
Carleton
Upload Your Memory View All Memories
Be the first to upload a memory!
Share A Memory
Send Flowers
Plant a Tree