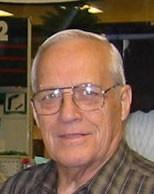 Please share a memory of Robert to include in a keepsake book for family and friends.
View Tribute Book
Robert &quot;Bob&quot; Shimp, age 88, went home to be with the Lord on Sunday, April 17, after a courageous battle against cancer. He departed peacefully at home with his loving wife and son by his side. Born in Salem, NJ, to the late Roy and Elizabeth (Powell) Shimp, he was a lifelong resident of Pennsville. Bob attended Pennsville Grammar School. He played baseball at Salem High School, where he graduated in 1940. During his youth, he enjoyed boating and fishing with his family. He also played in a band with his brother and sisters and friends and worked with his father in the plumbing business. After high school, Bob worked briefly as a welder for the Drabold Ship Yard before entering the Army Air Corps and serving 44 months in World War II as a pilot and B24 instructor. He served 12 months in China Burma, India transporting fuel over the hump then in the Philippine Islands he was attached to a mapping squadron. He was discharged from the service in 1946. After his time with the Army Air Corps, Bob attended Rider College where he studied business and met the girl who would become his wife. After graduating college he went back to work with his parents at the hardware store. Bob and Phyllis McVoy were married September 1, 1951. He and Phyllis had two wonderful sons, Steven born 1955 and Kenneth born 1956. As a family, they spent time on their boats fishing on the Delaware Bay. In 1961, Bob purchased the hardware business from his parents; in 1964, he joined True Value Company; and in 1977 built the new store. After his sons graduated college, he was very proud to have both Steven and Kenneth join him in the family business. Bob loved being in the hardware business. He took pride in his store for being the place to find whatever a customer needed - no matter how obscure or out-of-date, and if he didn't have it on hand, he would go out of his way to try to order it. He loved getting to know his customers and sharing stories with them. He also loved telling jokes of all kinds, especially about fishing and golf. His sense of humor was passed down to his son Steven, who continued the joke telling tradition with zeal. Bob also cared deeply for his employees and their families. He was more than just a boss, he was a well-respected friend and father figure who was always there with helpful advice or just to listen. His business affiliations include Pennsville Rotary Club, Salem County Chamber of Commerce, Pennsville Business Association, and the Northeast Retail Hardware Association. Over the years, Bob's hobbies included flying - which he was passionate about until health issues forced him to stay grounded, and golf - a sport he worked hard at perfecting. Bob was a man of great faith giving the glory of all his successes to God. He was a member of Sharptown United Methodist Church for many years and a former member of Trinity United Methodist Church. Bob is survived by his wife of 59 years, Phyllis, and his son Kenneth as well as many cousins, nieces, nephews and friends. He was predeceased by his son Steven; his parents Roy and Elizabeth; and his siblings Anabel Humphries, Jean Robinson and Earl Shimp. Bob said he always liked to leave things better than he found them, and those who knew him well know he always did just that. A visitation for family and friends will be held on Friday, April 22nd from 6 to 8pm at Sharptown United Methodist Church, 24 Church Street, Pilesgrove, NJ. Funeral Service is 11am Saturday, April 23rd . Friends may call one hour prior to service. Please make memorial contributions to: Memorial Home Health &amp; Hospice 390 N. Broadway, Pennsville, NJ 08070
To plant a beautiful memorial tree in memory of Robert Shimp, please visit our Tree Store

Look inside to read what others have shared
Family and friends are coming together online to create a special keepsake. Every memory left on the online obituary will be automatically included in this book.
View Tribute Book
Services for Robert Shimp
There are no events scheduled. You can still show your support by planting a tree in memory of Robert Shimp.
Plant a tree in memory of Robert

Share Your Memory of
Robert
Upload Your Memory View All Memories
Be the first to upload a memory!
Share A Memory
Plant a Tree