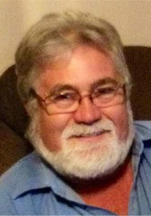 Please share a memory of Dorris to include in a keepsake book for family and friends.
View Tribute Book
Dorris Holland of Clayton, passed away at Inspira Medical Center from a lengthy illness on 12/22/22. Age is up for debate. Husband of 16 years to Crystal Holland. Father of Melissa Myers (Chris), Elizabeth Hill (Bart), and George Parker. Grandfather to Lauren Myers, Kalea Myers, Christopher Myers, Jayda Parton, Jeremiah Parton, Logan Loveday, Dorris Loveday, Britney Loveday. Great-grandfather to Mackenzie Klein and Liam Myers. Best friends with William Hall and Darlene Tassi. Dorris leaves his Aunt Grace Holland behind. He leaves behind cousins Troy Williams, Lane Holland, Linda Walton, and Jeanie Henson. He also leaves his special sister Diana behind. He was predeceased by his mother Sally Hughes. He was a bird parent and left behind his special birds Sammy Boy, Harley, Buttercup, Amanda, and Ringo. He loved his birds dearly and doted on them. They kept him company for many years. Dorris was born in Hazard Ky and moved to NJ in his teens. He made many trips to his hometown throughout the years until his health declined. Dorris was an avid car collector. He enjoyed tinkering on his cars. He in general enjoyed tinkering with things around the yard. He also enjoyed going to the auctions and collecting things. He enjoyed going to Cowtown. Dorris was known for his laughter and carefree personality. He had a giving heart. He was always giving people stuff. In the fall he gave out mums to the neighbors. In the Spring he would buy fresh garden produce and hand it out to the neighbors if he did not have a garden. At Christmas time he would give out pies to the elderly neighbors. Dorris would give numerous treasures from the auctions out to his friends. If they asked for something, he made sure he found it. Dorris never judged anyone for their lifestyles. He believed everyone had their own journey to go through, so he was just there and supported them. To him it did not matter if you were a drunkard or a drug attic because he did not judge. He was a wonderful friend to many people. Throughout the years he opened his home to many people that fell upon hard times. He made sure that they had a place to stay until they got back up on their feet. He truly had a helping heart. He was known for being a bartender at Cedarwood Log Cabin. He enjoyed bartending and had a lot of fun. He was the life of the party. For example, he dressed up as baby new year, diaper, and all. He also worked at Ecko in Clayton. He also was the sexy senior at the Franklinville Senior Center. In his later years, he got right with the lord and started attending church. He attended different churches throughout the years. He attended New Life Worship, Malaga Methodist, and Barnsboro Methodist Church until his health declined. Dorris was a devoted family man. He loved his wife, children, and grandchildren. He doted over his grandchildren. The legacy he leaves behind is love. He made sure that he let his family know that he loved them to the end. The last thing he was able to say to his wife being on a traquea was that he loved her. The doctors said that was almost impossible, but he was able to do it. He fought a hard fight until the lord took him home. He passed away peacefully holding his wife's hand. Funeral services will be held 11:00 AM on Thursday December 29th at the New Life Worship Center, 50 South Hook Rd., Pennsville, NJ where friends may call from 10:00 to 11:00 AM prior to the service. Burial will follow at the Lawnside Cemetery, Woodstown, NJ. www.laughreyfuneralhome.com
To send flowers to the family or plant a tree in memory of Dorris Holland, please visit Tribute Store
Monday
1
January

Share Your Memory of
Dorris
Upload Your Memory View All Memories
Be the first to upload a memory!
Share A Memory
Send Flowers
Plant a Tree