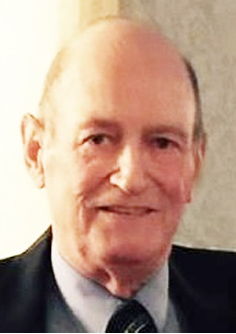 Please share a memory of William to include in a keepsake book for family and friends.
View Tribute Book
William Edward Colona, 80, Pennsville, NJ William (Bill) Edward Colona, 80 of Pennsville, NJ passed away after a long illness on December 10, 2022 in Christiana Hospital, Wilmington, DE. As in life, Bill died surrounded by his beloved family. Born in Salem, NJ to Stanley and Ruth Colona (nee McFadden) in 1942, Bill was a lifelong resident of Pennsville, NJ, a town he cherished and celebrated at every opportunity. In fact, Bill loved Pennsville so much that he once drove a car with a customized license plate reading, "PENSVIL," prompting his children to call him "Pennsville Bill." When he was just a young teen, Bill met his wife Carolee Colona (nee Hoover) at the skating rink at Riverview Beach Park in Pennsville. Since that day, he loved the park and encouraged his friends and relatives to love it, too. For decades, Bill threw an epic annual Septemberfest picnic that also served as a family reunion for he and his wife's large and lively extended family. At the grill, Bill was in his glory. He flipped burgers with a spatula in one hand and a cigar in the other while wearing a huge grin on his face knowing that his family would be walking to the park he loved to enjoy the festivities. Bill attended Salesianum School in Wilmington, DE before graduating from Pennsville Memorial High School in 1961. Soon after, Bill joined the Army where he was stationed in Korean. Upon his return, Bill married Carolee and began his career working for DuPont where he had various roles until completing his bachelor's degree in business administration from Wilmington College in 1979. After earning his degree, Bill worked as an engineer and field service specialist for DuPont and retired after 35 years of service. A proud patriot, Bill loved the United States and took great pride in his status as a U.S. Army veteran. Throughout his adult life, Bill served in the color guard for his local VFW and volunteered for many roles, including honoring veterans during graveside ceremonies. Travel was extremely important to Bill, especially within the country he loved. In 1982, Bill took his family on a driving tour of 45 states. He loved driving his motor home while singing along to "Country and Western" music on the radio, much to the dismay of his daughters. Bill had a passion for life. He loved (in no particular order) vacationing in Myrtle Beach, SC, napping with a cat in his lap, traveling, playing in the warm ocean with his kids, golfing, bowling, playing pool, cooking seafood recipes, playing poker and bridge, solving cryptograms and knowledge puzzles, having a beer with his buddies at the VFW, and watching Jeopardy on television. An avid reader, he was never without a book in his hand. But more than anything in the world, Bill loved his family. Anyone who knew Bill was likely to hear countless stories about his wife, daughters (whom he lovingly referred to as "the little guys"), and grandchildren. Bill is survived by his wife of nearly 60 years, Carolee; his three children, Lisa Houser (David) of Hockessin, DE; Angela Collom (Christopher) of Medford, NJ; Rebecca LaFleur (Roger), of Logan Township, NJ; his nine grandchildren: Brandon Marshall; Emma, Noah, Abby, and Adam Houser; Ethan and Caroline Collom; and Hannah and Jack LaFleur; four brothers and sisters: George Colona, Mary Ann Chappell, Richard Colona, and Charlotte Flanigan; and dozens of nieces and nephews. He is preceded in death by his sister Esther Dalene and his parents.These are just a few facts about William Colona. Most important of all, Bill was adored by his family and will forever be missed. Funeral services will be held 11:00 AM Saturday December 17th at the Laughrey Funeral Home, 1 North Broadway, Pennsville, NJ where friends may call from 10:00 to 11:00 AM prior to the service. Burial will follow at Salem County Veterans Cemetery, Pilesgrove, NJ In lieu of flowers, friends and family are encouraged to make a donation to the National Kidney Foundation https://www.kidney.org/donation.
To send flowers to the family or plant a tree in memory of William Colona, please visit Tribute Store
Saturday
17
December

Share Your Memory of
William
Upload Your Memory View All Memories
Be the first to upload a memory!
Share A Memory
Send Flowers
Plant a Tree