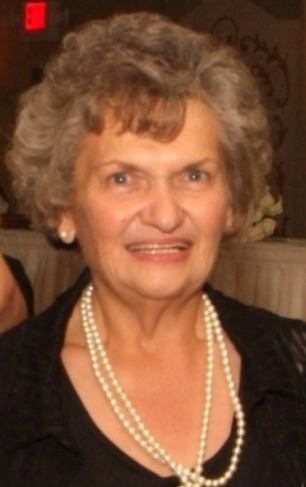 Please share a memory of Deborah to include in a keepsake book for family and friends.
View Tribute Book
Deborah Cawley, beloved mother, sister, aunt, and friend to many, entered eternal rest in the early morning hours of October 4, 2022 while surrounded by those who loved her, after a long fight with chronic illnesses. She was 77 years young. Deborah was born on April 16, 1945 in Swedesboro, NJ, to her parents George and Anna Cawley. She graduated from Penns Grove High School in 1963 and held various jobs afterwards. Her love of kids led her to the New Jersey Head Start program as a teacher's aid. She went on to college to obtain a certification and retired as a teacher from the program after many years. More than anything else in life, Deborah wanted to be a mother and oh what a mother she would turn out to be. She overcame countless challenges and had to make sacrifices all throughout her lifetime but those things helped shape her into the extraordinary mother and person we all came to love. There was never a person alive who did more with so little. Whatever she had, she was willing to help others with it. Family always came first, and anything else was second. Deborah loved to cook as well as bake for family get togethers and holidays, and enjoyed tinkering with things around the house. The daughter of a carpenter, Deborah also loved to make things out of wood, like crafts and decorations. There was never a shortage of plants around the house, and she was an avid lover of animals, especially small dogs. Her sense of humor was the best, and it was always a treat for people to wait for one of her quippy comebacks or zingers about a topic. She was never one to stand on ceremony and instead preferred to live a simple life free from formality so that she could appreciate the plainer things like relaxing around the house, sitting on the deck, or just spending time with her family. She is survived by her son Jamie Cawley, her sister Barbara Cawley Rebman, and niece Joanne "Kelly" Dues (Tony). Deborah willingly and lovingly helped to raise Kelly and became a mother to her after an unexpected family tragedy. Kelly then cared for Deborah in later years as her illnesses progressed. Deborah was also extremely close with her sister Barbara and considered her son Shawn to be one of her own children. Also left behind is Deborah's dog Allister, who laid by her side unwaveringly and provided immeasurable comfort to her with just his presence. Predeceasing Deborah were her parents George and Anna Cawley, her sister Joanne Cawley McGill, and brother George Harry Cawley (Jean). Deborah's life was touched by so many close friends and acquaintances, and she treasured those relationships deeply. Her legacy and spirit will endure in the memories of those who loved and admired her. She may have left this world, but we can proudly say that we recognize the importance of her presence. We all asked her questions, listened, and learned so much from her. She was braver than believed, stronger than she seemed, smarter than was known, and loved more than can be said. Deborah was called home to rest but it wasn't before she showed us what true strength and devotion were. In every moment, she continued to dedicate her life to being the best mother, the best sister, the best aunt, and the best friend she could be. Her life was, is, and always will be a true inspiration. A small celebration of life will be held for friends and family on November 5, from noon until 2pm at the Pennsville Church of the Nazarene located at 172 Churchtown Road, Pennsville, NJ 08070. Masks are optional and dress is casual. Please no formalwear. In lieu of flowers, please make any donations to the Church in Deborah's name.
To send flowers to the family or plant a tree in memory of Deborah Cawley, please visit Tribute Store
Saturday
5
November

Share Your Memory of
Deborah
Upload Your Memory View All Memories
Be the first to upload a memory!
Share A Memory
Send Flowers
Plant a Tree