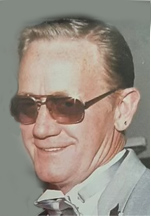 Please share a memory of Granville to include in a keepsake book for family and friends.
View Tribute Book
Granville 'Reds' Williams left us for his next adventure on September 13, 2022 He was born in Lynchburg, Virginia to his mother, Hattie Pearl Walden Williams and his Father, Coley Williams. He is predeceased by his wife, Joyce Moore Williams, his granddaughter, Beverly Williams, and his siblings, Herbert and Robert Williams, Eva(Williams)Leary, and Jacklyn(Williams)Collins. Reds is survived by his children, Granville Jr, Joyce, Curtis Daniel, Kimmy(Williams) Cafaro Nepher, Judith, and Steven Williams. Eleven grandchildren and 8 great grandchildren also survive their grandfather, Reds. Reds served Honorably as a United States Marine during the Korean War from 1951-1955. He was proud of his service and proud of being a Marine. He became active in the Pennsville VFW and served as Commander for many years. His also was very active with the Pennsville American Legion post. He is well known in the Veteran community of Pennsville and the community at large. Reds lived most of his life near the Delaware River in Pennsville, New Jersey. He belonged to the Pennsville Carpenter's Local Union #255 and had the unique opportunity to work at the Riverview Amusement Park and Fairgrounds. He met his wife, Joyce, while working at the Park. Reds built his own house where all of his children were raised. He grew a garden every year, probably so all those children would have fresh vegetables in season. He enjoyed Fishing, crabbing and camping as much as he could with his children and grandchildren. He also had a boat which he enjoyed working on and piloting in the river along with maintaining his garage and numerous cars. Reds was an energetic man who got things done and was always helpful to his neighbors. Granville 'Reds' Williams has left a legacy of patriotism, good citizenship, and service to his country and his community. He is guarding Heaven's streets now and probably growing a garden or helping a neighbor. A memorial graveside service will be held 2:00 PM Friday September 23rd at the Finn's Point National Cemetery, Pennsville Following services will have a gathering at the Pennsville VFW. www.laughreyfuneralhome.com
To send flowers to the family or plant a tree in memory of Granville Williams, please visit Tribute Store
Friday
23
September

Share Your Memory of
Granville
Upload Your Memory View All Memories
Be the first to upload a memory!
Share A Memory
Send Flowers
Plant a Tree