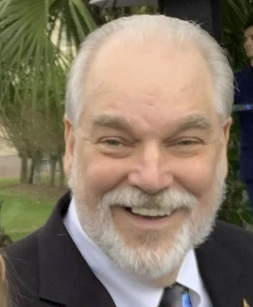 Please share a memory of Glendon to include in a keepsake book for family and friends.
View Tribute Book
Glendon James Humphreys always did things his way. So when June 30th came along he decided that he had enough and gave his final heartbeat. I guess he decided that he had his fill of cute nurses and unnecessary shocks. On September 28 1951, born in Wilmington DE, God blessed his future siblings and kin with the birth of Glen to the pre-deceased James Glendon Humphreys and late Ralph and Dorthy Williams. Being born during different times Glen was many people’s strength and guidance because of his strong sense of family as an oldest brother, father, and grandfather. His youngest brother, Wayne, called him “my brother, friend, and moral compass”, which is how many have described him. Chuck, Glen’s other brother, said “He was the kind of brother that every family wishes they had. We have great memories of fishing, crabbing, playing pool, and just being brothers.” Boy did he loves his crabs! One person that was very fond of the times sharing a pile of blues was Glen’s sister, and self-proclaimed “Crab-eatting buddy”, Sandi. She is still touched to this day when Glen surprised her with dozens of crabs to eat on her birthday while at work. Glen’s siblings weren’t the only ones to share fond memories of adventures or good food, but Glen’s oldest son, David, reminds others that not all adventures were what one would expect. His memories of camping and fishing with Dad was “being restrained on a picnic table while fishing hooks were removed with nothing more than a pair of pliers” but does concede that “it probably wouldn’t have happened if Dad was fishing with us at the time.” Son Derek and his wife April share fond memories of “chicken-on-a-string” crabbing, he also remembers Dad’s unconventional ways of finger nail preservation from highly competitive air hockey games. In fact, “Poppa-G” attempted to leave a multi-generational legacy of unconventional medical treatments by teaching his grandson, Cameron, that when you have a deep cut on the palm of your hand all you need is a little bit of duck tape. Bass, Glen’s other grandson, vividly remembers his first driving lesson when a “drive to the corner” turned into a trip to Woodstown in six inches of snow. Despite Glen’s unconventional ways, no matter who you were, one would always feel safe and protected around him. Many got to see his softer side as well. When he wasn’t holding pliers, drill bits, or ducktape you could find him clapping with ear-to-ear smiles handing out flowers to his granddaughters, Kaylene and Jasmine, at their dance recitals or taking them to Disney on Ice for the holidays. Glen would work hard to make sure you didn’t feel too comfortable around him though. His prankster ways were a reminder not to blindly trust him. Some learned that a pants pocket stood no chance of survival against fireworks. Others learned to be on guard when taking a shower regardless if the door was locked or not. You never know when a live crab would decide to take a shower with you, or when it would rain ice water from the ceiling. Despite the endless stories one could share, Glen always strived to leave a positive impact on others. Weather it was taking care of, protecting, advising, loving, or just making one laugh, he touched all of us in so many different ways. So please come and celebrate Glen’s life with us. Funeral services will be held on Thursday, July 7th 2022, at Laughrey Funeral Home 1 N. Broadway, Pennsville NJ 08070 between 9:30 and 11:00 am. In lieu of flowers, if desired, friends and family may make memorial contributions to the American Eagle Foundation at PO Box 333, Pigeon Forge, TN 37868.
To send flowers to the family or plant a tree in memory of Glendon Humphreys, please visit Tribute Store
Thursday
7
July

Share Your Memory of
Glendon
Upload Your Memory View All Memories
Be the first to upload a memory!
Share A Memory
Send Flowers
Plant a Tree