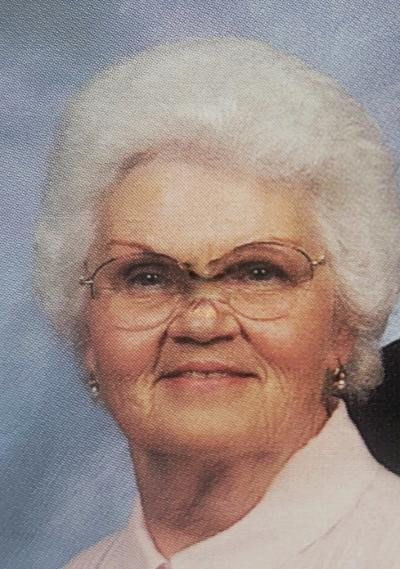 Please share a memory of Carolyn to include in a keepsake book for family and friends.
View Tribute Book
Carolyn Sheppard Hill died Monday, June 13, 2022, after a brief illness. Carolyn was born in 1932 to Hallie Mae Scythes and Lewis Paul Sheppard Sr. For much of her childhood, she was raised by her uncle and aunt, Samuel and Grace Powers, alongside her cousins Margaret and Edna. She was a life-long resident of Pennsville, NJ. She attended Deepwater Elementary School and graduated from Penns Grove Regional High School at the age of 16. Through church activities, Carolyn met her late husband, James (Jim) Hill. They wed in 1950 and were married for 67 years until his death in 2017. Carolyn worked for 30 years as a manager at Martin’s Children’s Clothing, and later at Flowers by Ford. She was a mother to three and a very indulgent grandmother to ten. Carolyn lived a life of faith and service as a long-time member of Trinity United Methodist Church. Carolyn and Jim often visited sick or shut-in church members and Carolyn served in many roles including Sunday school teacher; head of Vacation Bible School; head of Methodist Youth Fellowship; and long-time member of JOY Circle, Women’s Bible Study, and choir. In addition to her church service, Carolyn was a member of the Gideons Auxiliary and volunteered with the Red Cross. In 2010, the Red Cross named Carolyn and Jim as Volunteers of the Year after more than 20 years of dedicated service. Carolyn will be remembered fondly by numerous close friends and family. Many considered her a beloved aunt, surrogate grandmother, or favorite babysitter. She loved sending cards to friends and family for all occasions, playing pinochle and traveling with her “gang”, and baking cookies at Christmas. She is survived by her three children, James Jay (Lucy Simone), Carol (Leon Wolf), and John (Nancy, deceased); her ten grandchildren and nine great-grandchildren; her sisters, Thelma Perry and Dorothy Lovett; as well as many members of extended family. She was preceded in death by her husband, James; her parents, Hallie Mae and Lewis Sr.; and her brothers, Walter and Lewis Jr. Memorial services will be on Saturday, June 18 at 10am at Trinity United Methodist Church in Pennsville, NJ. The family will receive visitors starting at 9. Burial will be private. In lieu of flowers, contributions can be made to Trinity United Methodist Church. www.laughreyfuneralhome.com
To send flowers to the family or plant a tree in memory of Carolyn Hill, please visit Tribute Store
Monday
1
January

Share Your Memory of
Carolyn
Upload Your Memory View All Memories
Be the first to upload a memory!
Share A Memory
Send Flowers
Plant a Tree