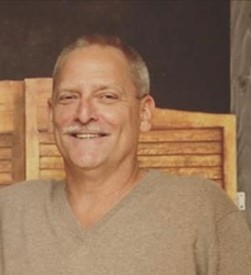 Please share a memory of Scott to include in a keepsake book for family and friends.
View Tribute Book
On May 19, 2022 our hearts were broken. Scott Phillip Cox (Coxy), 58 of Pennsville, NJ took his final breath while holding the hand of his wife. He was surrounded by all who loved him after a valiant 8 year fight with emphysema. Scott was born on June 22 in Hanover, PA to the late Phillip S. and Elizabeth "Jane" Cox (Graf). He was a lifelong resident of Pennsville and a graduate of PMHS Class of 83. Scott met the love of his life, Terrie Lynn Cox (Matthews), in 1984 and they were married in 1986. They were blessed with two children, his son Michael L Morris Jr. (Krissy) of Pennsville and his daughter Dana L Willis (Mike) of Pennsville. Scott loved life. He wasn't one to sit still for very long. He had a sense of humor that attracted everyone to him. He was a man of his word. If he told you he would do something, you knew he would do it. Scott took a job with BF Goodrich (now Lubrizol) in Pedricktown right out of high school and gave them 33 dedicated years. Scott was a member of the Penns Grove Moose Lodge and helped his father start the Pennsville Moose Lodge. He enjoyed playing darts and horseshoes and ran the leagues at Pennsville Moose for years. He had a serious competitive nature and very rarely did he lose. He enjoyed hunting and boating and you could always find him outside or on the water. Scott's greatest love in life was his family and he protected them fiercely and often provided them all with his advice. After he became sick he developed a love for pinball, purchasing six machines and spending many long hours in the garage with his best friend, Joe (Tugboat) Lagrande, pinning. He joined the online pin community and loved all the new friendships he developed. Surviving Scott besides his wife and children are his six grandchildren; Brandon, Jaydon, Adriana, Alexa Morris, Dallas Dilks, and Colt Willis all of Pennsville. His brother Troy Cox (Beth) of Alloway. His loyal furbaby Eli. Besides his parents, Scott was predeceased by his brother Terry D. Cox. Per Scott's wishes, no services or viewing will be held. A celebration of life will be held on his birthday June 22 at 6pm at the Pennsville VFW. Come share your memories with the family. Anyone who would like to make a donation in his memory please do so to Enoble Care Hospice- 2 University Plaza Suite 204 Hackensack, NJ 07601. Scott was an avid lifetime fan of the New York Giants and his family will be rooting for them this year! OH THE HORROR!!
To plant a beautiful memorial tree in memory of Scott Cox, please visit our Tree Store

Look inside to read what others have shared
Family and friends are coming together online to create a special keepsake. Every memory left on the online obituary will be automatically included in this book.
View Tribute Book
Services for Scott Cox
There are no events scheduled. You can still show your support by planting a tree in memory of Scott Cox.
Plant a tree in memory of Scott

Share Your Memory of
Scott
Upload Your Memory View All Memories
Be the first to upload a memory!
Share A Memory
Plant a Tree