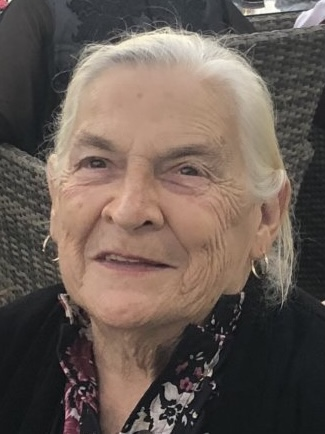 Please share a memory of Loretta to include in a keepsake book for family and friends.
View Tribute Book
Loretta R. ("Retta") Karr, 85, of Pennsville, NJ, was a good and faithful servant whose wish was to fall asleep and wake up walking with Jesus. Her wish was granted as she passed peacefully on April 6, 2022. Loretta was born in Yorkville, OH, to Roger R. Lollini, Sr. and Carmella Amelia Lollini. She was the sister of Roger R. Lollini, Jr., and Orlando Lollini, and aunt of Jeri Ann Lollini and David Lollini. Loretta was preceded in death by her husband, Earl Lee Karr, Sr., and daughter, Constance Julie Underwood. She is survived by her seven remaining children, Earl (Sherry), Michael (Diana), Theresa Danner (Mark), Matthew (Flossie Kiger), Anita, Mark (Tricia), Rebecca Boucher (Charles), and numerous grandchildren and great grandchildren. She was a devoted mother, grandmother, and great-grandmother, and a fierce defender of the large family she was blessed with. She always had our backs. After retiring from Southgate Nursing Home and Marion Gardens Assisted Living, she remained a generous caretaker for many, many families, including her own, in their time of need. She lived her life motto, "Do little things with a big heart," through her work and in her daily life, never ceasing to offer whatever she could—down to her own personal possessions—to family and friends. At Loretta's request, viewing and services will be private and for immediate family only. In lieu of flowers, donations can be made to Helpers of God's Precious Infants by mail at P.O. Box 8424, Cherry Hill, NJ 08002 or through Facebook @HelpersNJ. www.laughreyfuneralhome.com
To send flowers to the family or plant a tree in memory of Loretta Karr, please visit Tribute Store
Monday
11
April

Share Your Memory of
Loretta
Upload Your Memory View All Memories
Be the first to upload a memory!
Share A Memory
Send Flowers
Plant a Tree