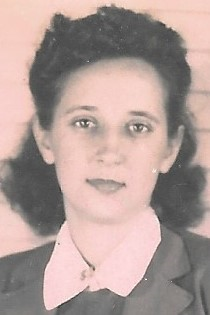 Please share a memory of Helen to include in a keepsake book for family and friends.
View Tribute Book
Helen Haiduck Gatanis Obituary. Helen H Gatanis Born May 21, 1923, passed away quietly in the early hours of March 1,2022 at the fine, caring, and watchful NJVMH in Vineland, NJ. Helen was born of Ustin J. Haiduck and Sophie Kacewich in Philadelphia, PA, she grew up in both South Philadelphia, and Salem, NJ, She is Baptised and Christmated in the Russian Orthodox Church. She is one of 13 children of her Father, the eldest of her Mother. As with many depression era children, Helen left school early, to help with family support. She, as a preteen, worked as a household domestic until she was old enough to work at Gaynor Glass, Packaging Department, and also as the first woman taxi driver in Salem, NJ. During her teenage years she met, and later married Theodore H Gatanis on July 12, 1942, (deceased 2009) himself one of 12. Helen enlisted and served in the WAC during WW2, posted in several postings including the Travis AAF Base in CA. She was the last known survivor of her Company. Helen, a Corporal, could shoot better than many servicemen, drove of all vehicle types, often driving dignitaries within the SF Bay Area. However, prior to deployment she secured Ted and Helen's first home and mortgage on Hook Road in Pennsville, NJ. After Discharge Helen returned to Pennsville where she always resided on Hook Road (a total of four homes) raised two sons Gary (Janis) of Toledo, Ohio, and Theodore H Gatanis Jr. She also leaves behind siblings George (Marianne), May, Ustina, and Joseph, as well as four Grandchildren, Great Grandchildren, many cousins, nephews and nieces. She is also survived by several Gatanis in-laws and extended family. Helen became an active longtime member of the Degree of Pocahontas, affiliated with the Improved Order of Red Men. She was also quite active in the local PTA. Helen was business partner and the property manager with her husband's construction sideline. She raised African Violets, outdoor plants, and had many seasonal cut flowers. Helen continued her learning experiences throughout her life, instilling lifelong learning to her sons. Later she and her husband received their GED's. The Mummer's Parade was a cherished event. She enjoyed driving on many vacation trips, including several World Fairs and Sunday drives. She and Ted drove several times to Toledo, Ohio to be with her son Gary and his Raceway Park winning horses. She drove in all 48 contiguous states and Hawaii. Helen, as she wished, is buried next to her husband and with her own military honors at the Salem County Veterans Cemetery, in a private ceremony. In lieu of flowers please donate to mwvets.org,, to your local PTA, or to your charity of choice.
To plant a beautiful memorial tree in memory of Helen Gatanis, please visit our Tree Store

Look inside to read what others have shared
Family and friends are coming together online to create a special keepsake. Every memory left on the online obituary will be automatically included in this book.
View Tribute Book
Services for Helen Gatanis
There are no events scheduled. You can still show your support by planting a tree in memory of Helen Gatanis.
Plant a tree in memory of Helen

Share Your Memory of
Helen
Upload Your Memory View All Memories
Be the first to upload a memory!
Share A Memory
Plant a Tree