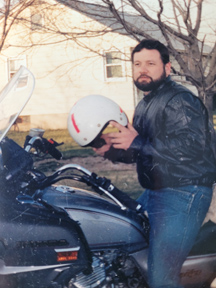 Please share a memory of Donald to include in a keepsake book for family and friends.
View Tribute Book
Donald L. Milligan Jr. (August 30, 1954 – January 19, 2022) On January 19, 2022; Donald L. Milligan Jr., loving husband, father, grandfather passed away peacefully in his home surrounded by his loved ones. Don was born on August 30, 1954 in Salem County to his parents Donald L. Milligan Sr. and Joan Prettyman Kelly. He grew up in Pennsville, NJ and later resided in Woodstown/Pilesgrove, NJ. Don worked at Sakima Country Club in Carneys Point as a bartender. On November 24, 1989, he married Donna Smigelski Milligan. They raised two children together, Dana Ferretti and Doni L. Milligan III. Don had a passion for riding dirt bikes, motorcycles, bajaing, and snow mobiling. One of his favorite past times was taking yearly motorcycle trips to Daytona, FL for bike week with his father. He enjoyed going to the Jersey shore with his family. Don enjoyed family time at the pool with his mother, sister, brother-in-law, and nieces. Hanging in the garage, around the bon fire, and cruising on the golf cart with his grandchildren and dogs brought the biggest smile to his face. Don was survived by his wife Donna Smigelski Milligan; his daughter & son-in-law Dana and Michael Ferretti and son & daughter-in-law Doni L. Milligan III and Kenzie McGaha; his grandchildren Kayla Bugs Ferretti, Teagan McGaha, Brittany Ferretti, Doni L. Milligan IV, Daiton Goslin, Daniel Nichols; his sister & brother-in-law Joni and Lester Pratt; and nieces Joni Adams, Kari Finnegan, and Lesi Elbirn. He is preceded by his parents, Donald L. Milligan Sr. and Joan Prettyman Kelly. A private celebration of life will be held for immediate family. Please visit laughreyfuneralhome.com to leave a note of condolence to his family.
To plant a beautiful memorial tree in memory of Donald Milligan, please visit our Tree Store

Look inside to read what others have shared
Family and friends are coming together online to create a special keepsake. Every memory left on the online obituary will be automatically included in this book.
View Tribute Book
Services for Donald Milligan
There are no events scheduled. You can still show your support by planting a tree in memory of Donald Milligan.
Plant a tree in memory of Donald

Share Your Memory of
Donald
Upload Your Memory View All Memories
Be the first to upload a memory!
Share A Memory
Plant a Tree