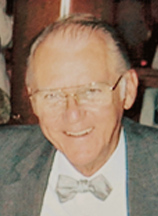 Please share a memory of Robert to include in a keepsake book for family and friends.
View Tribute Book
Robert Lee Seagraves (Bob) passed away at 91 years old, on Monday January 17th 2022. Born in Philadelphia on October 30th, 1930, Bob was an only child who lost his mom to cancer very young. He was raised by his grandmother in North Philadelphia, and eventually moved to Pennsville with his father and stepmother in his high school years. Upon graduating from Salem High School, Bob joined the United States Air Force. He was enlisted for approximately three years and most of his service was spent in Anchorage, Alaska for the Korean Airlift. Bob met the love of his life, Mary Lou Buckley at the Riverview Roller Rink as teenagers. The couple kept in touch during his military service and ultimately married on November 7th, 1953. Bob began his career at DuPont as a research technician, subsequently started a family with Mary Lou, and purchased land and a house in Pennsville. While working full time, Bob attended college through the GI Bill, graduating from the University of Delaware in 1960 with a B.S. in Chemistry. Bob ascended the ranks at DuPont Jackson Laboratory, becoming a well-respected research chemist until his retirement in 1991. During his tenure, Bob shared and held several patents, including a process related to the manufacturing of Kevlar. Bob always emphasized the importance of volunteering. He spent over 25 years active with the Boy Scouts of America. During this time, he was a troop leader, mentored others, and ultimately was awarded the Silver Beaver, the highest honor in scouting, for his service. Bob was always an avid reader and later in life, he and Mary Lou became highly involved with the Pennsville Public Library. Bob was President of the Board for 10 years during the library's expansion in the early 2000s. Further, he was involved with the Library Friends, raising money through popular bi-annual book sales. Bob's passions, besides his family, include tennis, billiards, playing cards, cross word puzzles and the great outdoors. Bob and his wife enjoyed more than five decades of annual summer and fall vacations in the mountains of New Hampshire. While vacationing, they indulged in their existing interests and founded new ones such as rummaging at yard sales every weekend and frequenting the local playhouses. Bob is survived by son John and wife Pam of Boynton Beach FL; daughter Patti and husband Pat Bowdren of Pennsville, NJ; son Jim (Beau) of Lisbon, NH; son Tom and wife Dawn of Cinnaminson, NJ; daughter Pam of Pennsville NJ; grandchildren, Chase, Alannah, Alexa, and Josh. Graveside services will be held 11:30 AM on Friday January 21st at the Lawnside Cemetery, Woodstown, NJ. Friends may call from 10:00 to 11:00 AM prior to the graveside service at the Laughrey Funeral Home, Pennsville. In lieu of flowers, memorial donations can be made to American Diabetes Association or Dementia Society of America. www.laughreyfuneralhome.com
To send flowers to the family or plant a tree in memory of Robert Seagraves, please visit Tribute Store
Friday
21
January

Share Your Memory of
Robert
Upload Your Memory View All Memories
Be the first to upload a memory!
Share A Memory
Send Flowers
Plant a Tree