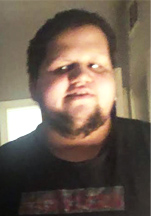 Please share a memory of Samuel to include in a keepsake book for family and friends.
View Tribute Book
December 14, 2021, Samuel Carrow born 9/1/2000 at the age of 21 left us to join his grandmother Ruth Zane , born to Angela (Zane) Patterson , step father Sam Patterson , brothers Joseph Carrow, Tyler Gant, Christian Gant , sister Destiny Carrow! Sammy left behind those who cherished and loved him! With a short battle with COVID he lost his fight! He was a charmer, loved telling jokes and talking politics, was an avid gamer and loved streaming on twitch to earn money at his passion! His dreams and aspirations were to code video games and be a game tester! Since he was the age of two and first started to learn how to use a computer he was hooked and could beat and figure out any strategy game there was! He was the life of his home and always pinching you to let you know he love you! Very compassionate and caring! Was a mama's boy through and through, but ever so more a grandmother's boy! Everyone who came in contact with Sammy just loved him as he was very wise for his age and never ever sugar coated anything he was very straight forward and to the point about everything! He was a very people pleasing child and never ever wanted to disappoint anyone ever! He will be missed so so much! He is and was a true big old huggable teddy bear once you got to know him! always around when you needed a caring shoulder or an ear! He is and was an angel and didn't realize it! He will be very missed by his mother, step farther and brothers and sister! Services will at the family home! Date to be determined! If anyone would like to donate anything in honor of him and his name, please do so to the centers for autism in Pennsville township! As Sammy was on the spectrum and as I always said he was the smart one and all of us were not on his level and had to catch up to him! He self-taught himself German by watching YouTube! He will be very missed by everyone! www.laughreyfuneralhome.com
To plant a beautiful memorial tree in memory of Samuel Carrow, III, please visit our Tree Store

Look inside to read what others have shared
Family and friends are coming together online to create a special keepsake. Every memory left on the online obituary will be automatically included in this book.
View Tribute Book
Services for Samuel Carrow, III
There are no events scheduled. You can still show your support by planting a tree in memory of Samuel Carrow, III.
Plant a tree in memory of Samuel

Share Your Memory of
Samuel
Upload Your Memory View All Memories
Be the first to upload a memory!
Share A Memory
Plant a Tree