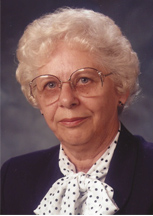 Obituary of Martha B. Rogers

Please share a memory of Martha to include in a keepsake book for family and friends.
View Tribute Book
Martha B. Rogers passed away on Oct.10th, 2021 at 94 years of age. Martha was the fifth child of seven born to Chester and Martha Bacon of Salem City on June 25, 1927. She spent her childhood years in the City of Salem. She is a graduate of Salem High School- Class of 44. It was her freshman year at Salem High School where she met her lifetime Partner- Edward Rogers. When Ed returned from his Military Service of WWII, they renewed their friendship and were married. Martha enjoyed being a homemaker at their new home in Pennsville, N.J., She also enjoyed buying Antiques, which she placed in her home. Her Children and Grand Children were the delight of her life. When they were grown and settled into their adult life. Martha found the position that she enjoyed immensely as Group Sales Representative for the Hotel du Pont, Wilmington Delaware. Martha had always the love of History. Having time on her hands after retirement, Martha became involved in creating the Pennsville Historical Society. Martha was its First President. Martha became quite knowledgeable of the history of the Township of Pennsville and enjoyed sharing it. Martha has been a long-time member of the Salem County Historical Society. A 25 Year member of the Pennsville Women's Club and a recent member of the Woodstown Woman's Club, also a member of St. George Episcopal Church, St. Peter's Episcopal Church and Daughters of the American Revolution (DAR). Surviving Martha are her two Son's; Bob Rogers- Wife: Debbie Nolan Rogers, David Rogers- Wife: Mary Mauser Rogers. Two Grandsons Jason Rogers and Will Rogers and three Granddaughters; Mary Rogers, Elizabeth Rogers Galvin and Danielle Rogers Fean. Martha also has Seven Beautiful Grand Children. Graveside services will be held 10:00 AM on Saturday October 16th at the St. Georges Cemetery, Pennsville, NJ www.laughreyfuneralhome.com
To send flowers to the family or plant a tree in memory of Martha Rogers, please visit Tribute Store
Saturday
16
October

Share Your Memory of
Martha
Upload Your Memory View All Memories
Be the first to upload a memory!
Share A Memory
Send Flowers
Plant a Tree