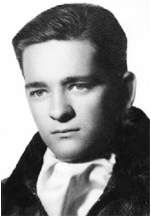 Please share a memory of Kenneth to include in a keepsake book for family and friends.
View Tribute Book
Kenneth R. Beamer age 74 passed away peacefully at home on Wednesday July 28, 2021. He was born in Philadelphia, PA on September 5, 1946 to the late William and Madeline Lang Beamer. Kenny was a lifelong Salem County resident. He was employed as a Senior Highway Inspector at the NJ Department of Transportation where he retired in 2008 following 31 years of service. Kenny proudly served in the US Navy during the Vietnam war from 1965 to 1969 where he was assigned to the USS Arlington. He was in the Navy Reserves from 1969 to 1971 and the Army Reserves from 1982 to 1988. He received a number of Congressional Recognition and Commendation awards for his service to his country. He was an avid hunter, enjoyed camping, putting together model trains, creating platform train sets, reading Stephen King books, coaching his sons football team, and watching Christmas movies. Kenny loved his pets Buttons, Bella and his birds. He loved to spend time reminiscing and telling stories from his time in the Navy, Army Reserves and working at the NJ DOT. One of his favorite tales from his Navy stories included where the USS Arlington assisted in the recovery of Apollo 8. He is survived by his loving wife Donna Beamer of 27 years; son Phil Bush of Darragh, PA; daughters Christine Bennett (David) of Pennsville, NJ; Jennifer Fisher (Jeff) of New Castle, DE; daughter-in-law Heather Heil of AL, sister Joyce Prash of Deepwater, Kathleen Boos (Jerry) of Pennsville, Janet Watson (Richard) and Karen Bartlett of Carney's Point, Grandchildren Kevin Wesley Heil (Racheal), Samantha Heil, Shianne Ellis, Andrew Ellis, Sterling Bush, Alyssa Bush, Sayde Bush, Shelby Bush, Robert Fisher, Elijah Fisher, and one great grandchild Logan Powers. Also survived by his former wife, Diane Lamkin (Lee) of Newark, DE and numerous loving nieces, nephews, great nieces and nephews. In addition to his parents, he was predeceased by his son Kevin Heil, brothers William Beamer, Richard Beamer, Dennis Rilling and sisters Esther Coulbourn and Deborah Rilling. Burial will be private. www.laughreyfuneralhome.com
To plant a beautiful memorial tree in memory of Kenneth Beamer, please visit our Tree Store

Look inside to read what others have shared
Family and friends are coming together online to create a special keepsake. Every memory left on the online obituary will be automatically included in this book.
View Tribute Book
Services for Kenneth Beamer
There are no events scheduled. You can still show your support by planting a tree in memory of Kenneth Beamer.
Plant a tree in memory of Kenneth

Share Your Memory of
Kenneth
Upload Your Memory View All Memories
Be the first to upload a memory!
Share A Memory
Plant a Tree