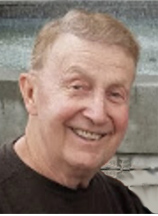 Please share a memory of Lee to include in a keepsake book for family and friends.
View Tribute Book
Lees "Lee" Hyland Jr. passed away on June, 7 2021 at the age of 77, at his adopted second home of Ocala, Florida. Lee was born to Lees and Marie (Reis) Hyland on July 21, 1943. He grew up in Carneys Point, New Jersey with his sisters Ann and Carol and his brother Ric. After graduating from Penns Grove High School in 1962, Lee was a proud union man working for Insulators Local 42 in New Castle, Delaware, for many years and then as a maintenance supervisor at Artificial Island in Lowers Alloway Creek, New Jersey. Lee is lovingly remembered by his longtime love and partner Shawnee Kish, his sister Carol (Joe) Perrelli of Henderson, Nevada and his nephew Adam (Alison) Hyland of Woodstown, New Jersey and their children Ava and Greyson Hyland. Lee enjoyed nothing more than spending time in the company of family and friends along with good food and drink where his effervescent personality was felt by all who had the pleasure of his presence. He was a great storyteller with a wit and humor to match. He prided himself in his work ethic but was a firm believer in working hard but also playing hard. His hobbies were numerous, including boating, fishing, snow skiing, traveling, going to the shooting range and playing the stock market. He enjoyed nice cars and took care of them like no other. He made the absolute most of the time he was given. He spent the last years of his life as a snowbird in Ocala, Florida with "his Shawnee, who loved him without condition." He considered himself a lucky man with good fortune but all who knew him would agree they were the lucky ones. Per Lee's wishes, Lee will be honored at a private memorial service in August. www.laughreyfuneralhome.com
To plant a beautiful memorial tree in memory of Lee Hyland, please visit our Tree Store

Look inside to read what others have shared
Family and friends are coming together online to create a special keepsake. Every memory left on the online obituary will be automatically included in this book.
View Tribute Book
Services for Lee Hyland
There are no events scheduled. You can still show your support by planting a tree in memory of Lee Hyland.
Plant a tree in memory of Lee

Share Your Memory of
Lee
Upload Your Memory View All Memories
Be the first to upload a memory!
Share A Memory
Plant a Tree