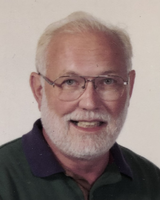 John M. Ulissi, age 75, of Pennsville, NJ, went to be with Our Lord on May 4, 2021. John was the owner of a very successful photography studio in Pennsville that served the tri-state area. He graduated from the prestigious Brooks Irvine School of Photography in CA, following four years in the U.S. Navy during the Vietnam War. John had a kind, loving soul and would strike up a conversation with everyone. He was a very supportive brother and stepfather. He was always available to anyone that needed help. John was very proud of his Italian heritage and had a love of all things Italian. John was predeceased by his father, Peter L. Ulissi and his mother, Verna H. Ulissi. He is survived by his brothers, Stephen M. Ulissi (Ellen) and Bruce P. Ulissi (Christine), his step-daughter, Diana Cooper Castiglione (Bob), step-son, Chris Cooper, and the light of his life, his grandson, Luke Bushie. Burial services will be private. www.laughreyfuneralhome.com